Boulder-based Quick Left, Inc. announced today it has received the prestigious Colorado Companies to Watch Award for 2013, one of 50 companies in the state to receive the recognition. In only its fourth year, the company was selected as a winner among 800 qualified applicants.

The five-year-old Colorado Companies to Watch Program was developed and is funded in part by the Edward Lowe Foundation and nominees must be Colorado-based companies with six to 99 full-time employees that have $750,000 to $50 million in sales or access to capital. Most importantly, according to Colorado Biz Magazine, these companies “must be more than surviving but thriving.”

CEO Ingrid Alongi commented at the award ceremonies, held in downtown Denver on June 28th, “As a Boulder native, I'm excited to be a part of the technology based entrepreneurial energy here in Colorado. She added, “At Quick Left, we have an amazing team of developers that make me excited to come to work every day.” 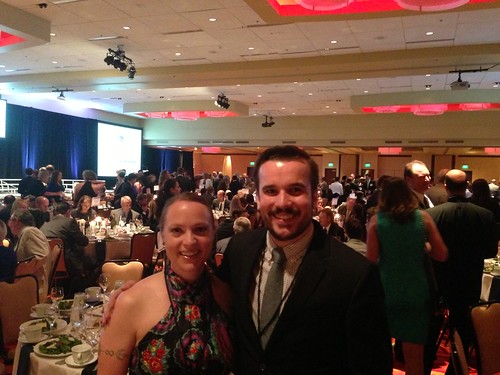 From 2009 through 2012, the companies recognized as Colorado Companies to Watch generated $1.1 billion in revenue and added 815 employees (both in Colorado and out of state), reflecting a 149 percent increase in revenue and 135 percent increase in jobs for the four-year period. That translates into a 36 percent annual revenue growth and 33 percent annual growth in employees.

This year's award-winning companies project continued growth in 2013, with a 52 percent revenue increase and 32 percent growth in employees (both in Colorado and out of state) compared to 2012. If their projections hold, these companies will have generated $1.7 billion in revenue and added 1,275 employees over the last five years – a 279 percent increase in revenue and 212 percent increase in jobs since 2009.